Our Story of Dalyan, Love, Business & the Future 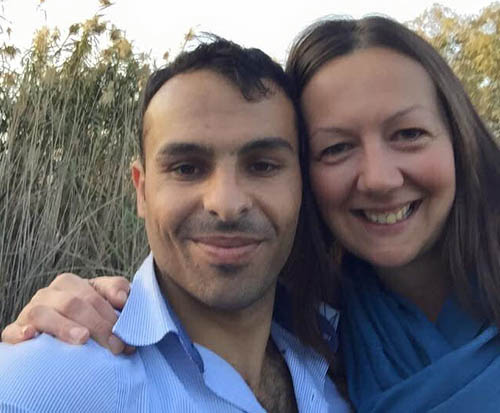 In 2001 Yusuf Toprak left his home town in the east of Turkey to come and work alongside his older brothers in Dalyan. His brothers were quickly establishing themselves in the Dalyan area as successful builders, plasterers and painters for some big hotels in Dalyan. They built up a large portfolio of building projects such as the Keskin Hotel and the beautiful stonework at the BC Spa Hotel on Dalyan's river delta.

During this time, Yusuf also worked as the barman at a small bar in dalyan centre. This is where he started to meet more European customers with villas and apartments in the area. It was then that he began painting and building work for private owners. These years of experience have helped Yusuf to understand the level of service expected by European customers and the quality of finish.

It was during 2011 whilst working in the bar, that Yusuf met an Englishwoman called Amy. A year later Amy and Yusuf were married and living in dalyan together. Yusuf carried on working in the bar whilst he and his brothers continued to take on large building projects as well as increasing their private customer base.

In 2013 the opportunity arose for Amy and Yusuf to buy the bar where they first met. They called the bar Amy's Bar and each year it has gone from strength to strength. Now they have a loyal customer base of local ex-pats and repeat visitors to Dalyan. Every Friday night is darts night in the bar where a good crowd of people come and play a few games of darts whilst socialising with old and new friends.

The bar is also the first stop for many people for anything from information about the local area, to help with applying for a Turkish driving licence, to employing Yusuf to paint and plaster their property. Not only has Yusuf's painting and decorating business really taken off, but due to the couple being reliable and trustworthy, this year they have been asked by a number of villa owners to clean and prepare their villas before the season and after their guests leave.

Toprak Services has the winning combination. Firstly, the Toprak brothers have a wide range of highly skilled crafts, from stonemason to carpenter to plasterer which can be backed up with photos and client testimonials. Secondly, you could not meet a more reliable, dedicated or conscientious group of workers. If they say they will be there, they will be there. If they say they will clean up afterwards, they clean up. It's that simple. And thirdly, with Yusuf's wife being English you can rest assured that there can be nothing lost in translation and that you will be kept informed about all aspects of the work at every stage in the project.